Real Estate is a family business for Tom Waldrop. He began his career in 1976 as a sales associate, and in 1977, he graduated from the University of Kentucky with a degree in agricultural economics.

Tom then joined his father, Ralph T. Waldrop, Sr., in the firm his grandfather founded it in 1922. Eventually, it would become Trifecta Real Estate Services.

In subsequent years, Tom received his broker’s license, became a licensed Principal Auctioneer, earned the coveted MAI appraisal designation from the Appraisal Institute, and became a Certified General Real Property appraiser in Kentucky and Tennessee. Currently, he is a partner at Trifecta and focuses on commercial appraisals, sales, development, management, and leasing.

In his free time, Tom enjoys his long career as a KHSAA football official. He is also a longtime supporter of the Purchase Players Community Theatre and an active member of Mayfield First United Methodist Church. Tom resides in Mayfield and has one daughter, Clarke. 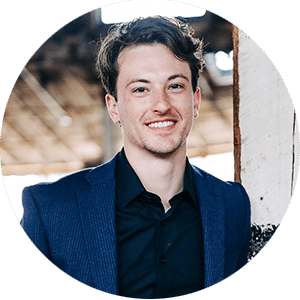 Keanu began his career at 19 and obtained his broker’s license shortly after his second year in business. He has built relationships with hundreds of agents and brokers across Kentucky and Tennessee.

He is also the sole listing broker in Western Kentucky for Fannie Mae and has maintained its account for more than four years. Keanu is impassioned by all aspects of the real estate world and has closed over $6.75 million in sales and lease transactions from 2018-2020. He is also an active member of the International Council of Shopping Centers (ICSC) and the National Association of Realtors.

Ross joined Trifecta Real Estate Services in 2015 as an appraisal intern and is now a Certified Associate Real Property Appraiser.

Ross developed his passion for real estate as a child when he began helping his father build houses, and he has since earned a degree in business administration and real estate from Murray State University. Ross is a Graves County native and an active member of Catalyst Church who enjoys spending time with his wife and two daughters.

Amy Santos joined the Trifecta Real Estate Services team at the end of 2019.

She specializes in real estate and insurance and spends her time providing a support system for our realtors and appraisers. She provides them with everything from record-keeping to marketing to project management and administrative duties. Amy loves learning more about her field and developing strong relationships with clients, and she is very excited to see how Trifecta will shape her future. She also spends every minute of her free time with her family and her son, MJ. 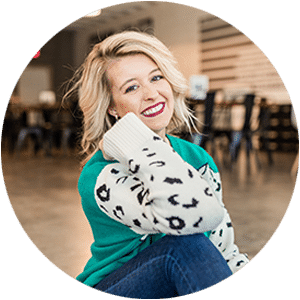 Courtney joined the Trifecta team after working as an advertisement sales representative for WPSD news.

She has earned degrees in communications and entrepreneurship from Murray State University and has been a resident of Graves County for her entire life. Courtney is greatly involved in the local community, as well, through her membership with the Paducah Area Chamber of Commerce. That membership, coupled with her sales experience, has given her a great jump start into the real estate industry.

Courtney and her husband also have owned Prim & Proper Events since 2015. Prim & Proper is a full-service event planning enterprise, and the Smiths are excited to branch out now into the real estate industry and further expand upon their business knowledge. 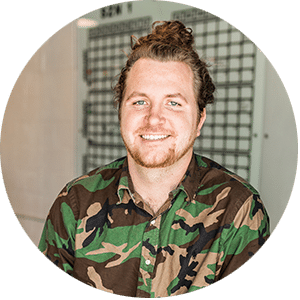 After graduation, Corey accepted a job with Paschall Truck Lines in the Business Improvement Department, where he worked for many years.

Corey and his wife, Courtney, also own Prim & Proper Events, an event-planning service in Paducah, KY. Prim & Proper has helped the couple gain business knowledge, make connections in the community, and take the first few steps in their real estate careers. Now, as a member of the Trifecta team, Corey is excited to help his community grow.

Gary Hendley has been a dependable, honest, and self-motivated member of the Trifecta team since 2013.

He is a 1985 graduate from Lowes High School, and along with his involvement in real estate, Gary has developed a career in management. Not only does he work hard to serve Trifecta clients but he also manages the Happy House Restaurant in Mayfield, KY. In his free time, Gary loves to soak up the sun on Pensacola Beach.

Linda Scarbrough has been in the real estate business since 2000.

A veteran of the business, Linda loves getting to know her clients, helping them search through listings, and getting them settled in their dream homes.

Scott Brimer has been serving the clients of Trifecta Real Estate Services for many years.

He has developed a passion for real estate and views his work not only as a way to help families find new homes but also as a means of building the community. He has an amazing wife and three wonderful sons, and they spend their free time attending high school football games, golfing, and fishing.

Linda Smith became a licensed realtor in January of 2010 with the ambition to treat each client with respect while also meeting their real estate needs.

She has spent most of her career with Trifecta Real Estate Services (formerly Century 21) and has greatly enjoyed working with the Trifecta family. She treasures the chance not only to put smiles on the faces of her clients but also to build lasting relationships with them. She has been blessed with three sons, nine grandchildren, and one great-granddaughter. When she’s not helping clients, Linda watches sports, enjoys the outdoors, hangs out on the beach, and spends time with her family.

Ready to work together? Schedule a consultation with one of our team members today!
Contact Us